When a wife leaves a note for her husband, it means she wants her husband to do something correctly, and follow her instructions. Meghan Oeser is a professional photographer and a mother of 6 kids from Illinois. She and her husband were blessed with 5 daughters and 1 son whose ages range from 3 to 15 years old.

Meghan’s husband, Kevin, works 12 hours a day and spends most of his weekends fixing up a new house for the family. He’s a good man, but he is rarely at home to help raise the children. Weekends are hectic in their household with 6 kids home from school. He doesn’t realize just how much work Meghan has managing these 6 kids. 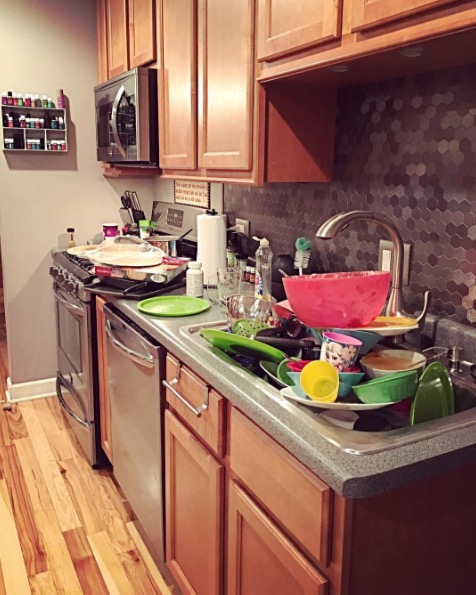 Meghan was asked by her friends to go away for a girls weekend. She accepted. She needed a break. That is when she sat down and wrote a note to Kevin. She wanted to make sure that he could handle running the household and manage the kids for a couple of days. She was worried. Really worried!

It’s Quite A Note!

Even after writing out detailed instructions for her husband to follow, Meghan was still apprehensive about leaving Kevin alone with all their children. If a wife leaves a note for her husband, it must be serious stuff. Read the note below which actually ended up going viral online. Enjoy!

Here’s A Transcript Of That Letter To Hubby

I’m writing this to you out of love, not fear. I wanted to go over a few things with you before you embark on this weekend alone… with the others.

Nighttime, daytime, breakfast time, and somewhere around lunchtime can easily be mistaken for pure H*LL, with Satan coming off as a My Little Pony in comparison.

Upon arriving home after work, things won’t seem so bad. The others will hug, jump, and for the most part, be pretty excited to see you. This will be short lived… I promise.

School season or not… this is also known as h*ll hour. The others will fight about anything and everything, with Quinn and Penny being the biggest instigators. 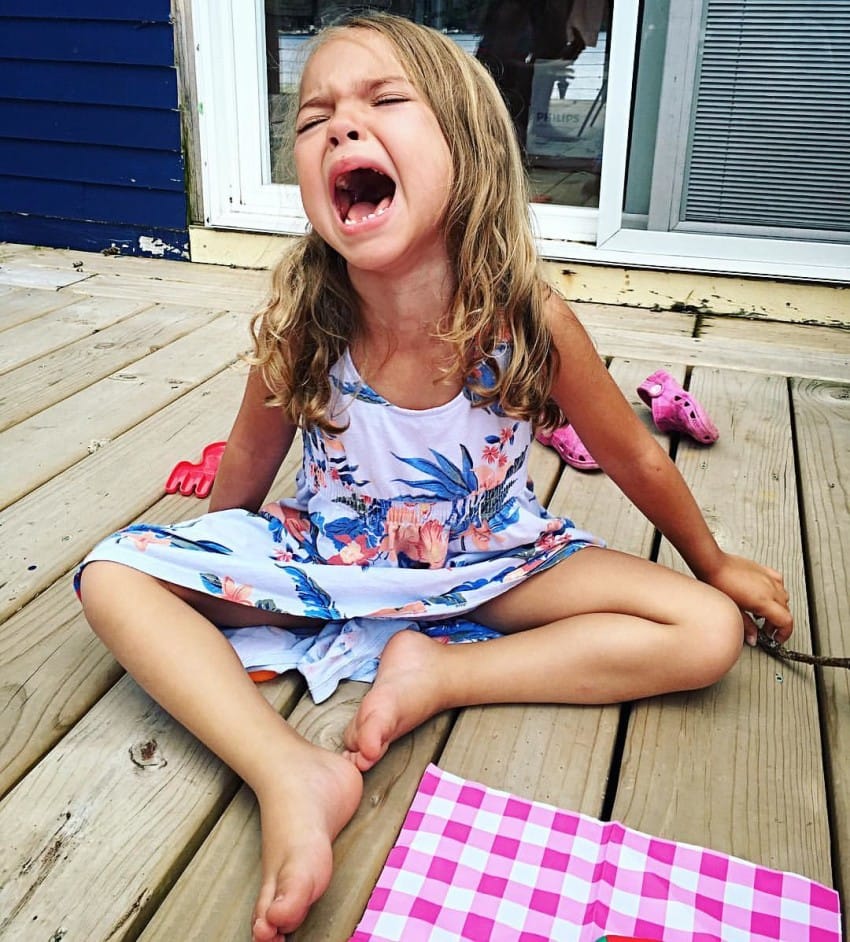 It’s most likely that Quinn will be pissed off about Penny wearing her Elsa dress, and Penny equally pissed off because Quinn will ONLY refer to her as Anna. Penny will also be fighting sleep, which I’ll get to later.”

“Dinner will suck. Bailey will want pizza, while Harper will ask for hot dogs.

Quinn will cry when you say the word hot dog and will insist on mac [and] cheese (but not the orange kind or the white kind, but the purple kind). We’ll be fresh out of the purple kind, so she’ll then ask for toast.

You’ll already have started making mac [and] cheese for Penny, but since she heard Quinn ask for toast, she’ll also want that toast. You’ll end up tossing the mac [and] cheese because Bailey got the stomach flu [five] years ago after eating the orange kind, and Harper prefers the white kind.

“You’ll also forget about Harper because her friend Lily “unexpectedly” stopped by, so they went ripsticking down the street. Everyone will eat cereal for dinner, and Lily will come inside for a [Band-Aid].

You’ll want to sit down and relax after dinner/breakfast, but I’m warning you against this. It will get quiet… REAL quiet. 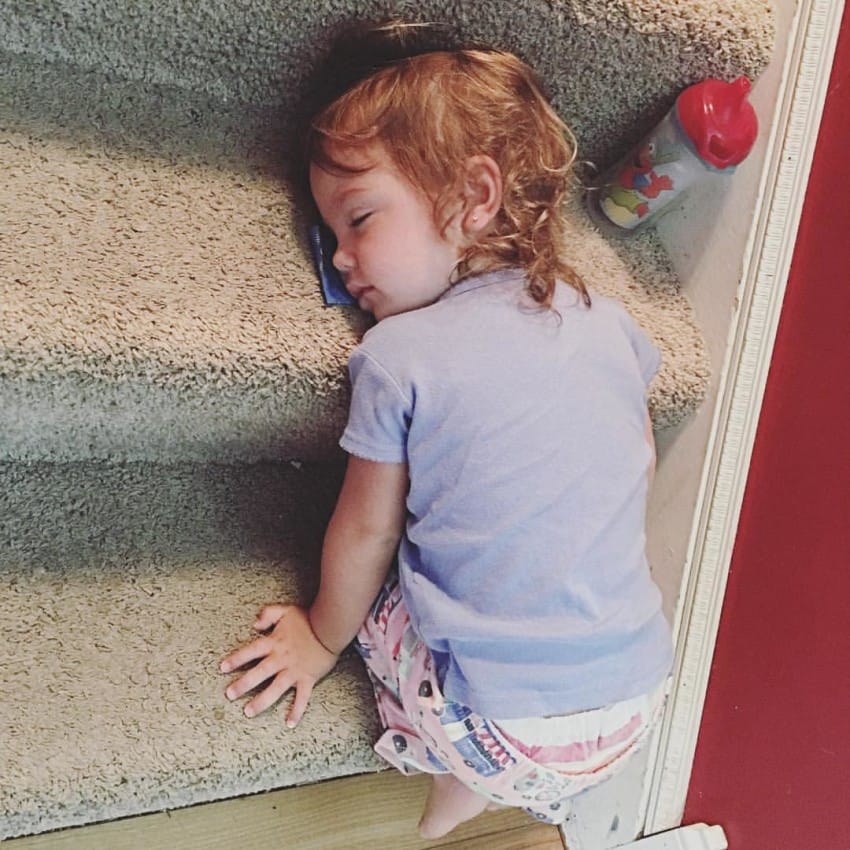 She’ll ask for her Minnie Mouse nightgown, but once you put it on, she’ll scream in agony… Just find her Elsa one. Chances are, it’s dirty as s**t, but so what… So is she. I can’t remember the last time I put soap to that one.

Go ahead and leave Penny on the couch with you. God knows you let her a** fall asleep somewhere prior. Quinn, Harper, and Bailey will go down seamlessly. Just wait. 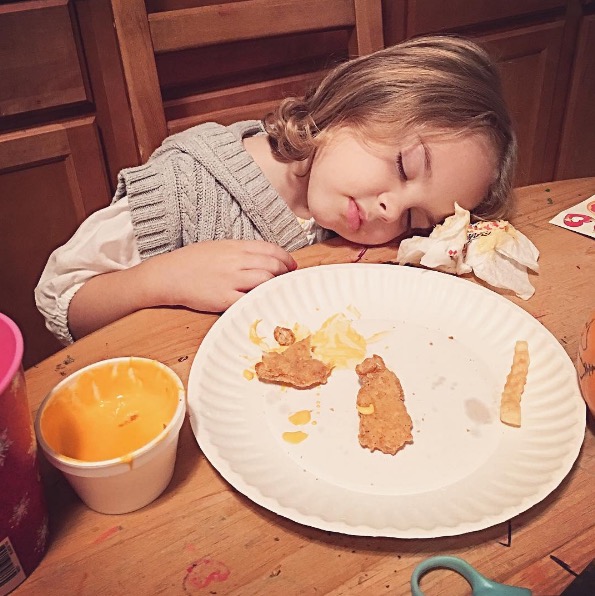 As they lie in their beds, they’ll then realize that their tiny mouths are on God d**ned fire, and they’ll act as if they’ve just walked 800 f**king miles through the Sahara. They will come down… one by one… every God d**ned 5 minutes… for water.

Don’t let ANYONE use Quinn’s pink Elsa cup. If she sees this, she will lose her holy s**t.”
You’ll end up bringing Penny to bed with you, thinking that’s a good idea. Ha ha ha ha ha! You may as well sleep next to Evander Holyfield on uppers.

Just try getting her into her bed. Give her the iPad. This will save your life… Promise.
Make sure you turn the volume down, along with the screen brightness. Speaking of brightness, don’t forget the diffuser.

Fill that s**t up, and add [two] drops of Peace and calming, one lavender, and one stress away. If she was a real d**k that day, add some frankincense. Set the light to PURPLE. Sweet baby Jesus, please remember purple.

If you set it to blue, she will act as if her retinas are on the God d**ned sun. Don’t forget her sippy cup. Seriously… DON’T. She’ll drink some, and then ask you to take it. She’ll want you to place it on her dresser.

“Breakfast. Ha! Just as fun as dinner… if not worse. Get coffee. LOTS of coffee. You’ll need it.

Penny might want cereal, or she’ll go for toast. Whatever you do… LET HER PICK HER SPOON. 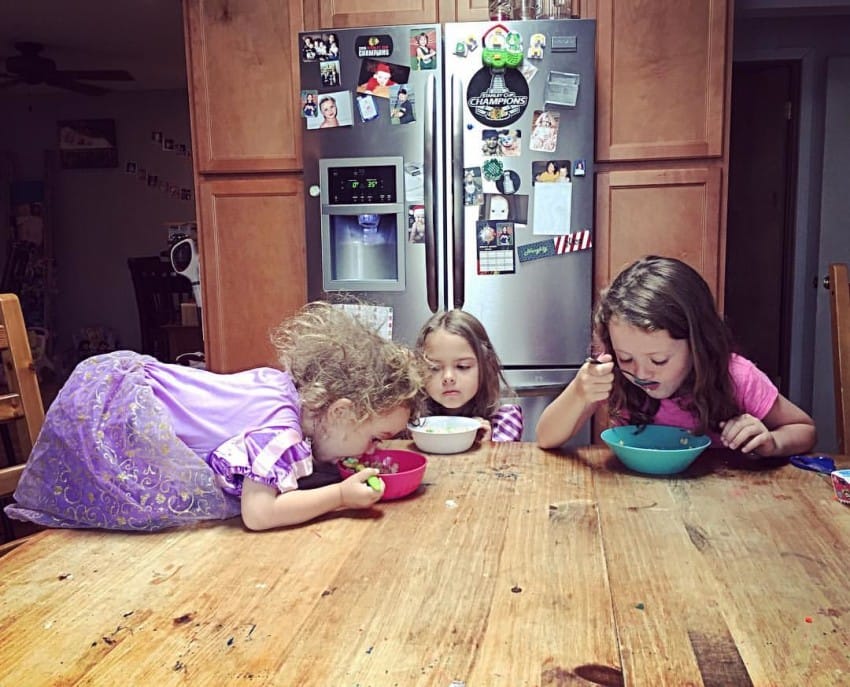 Chances are, Quinn will have the ULTIMATE spoon, and Penny will convince you that you’ve left her with the sh**tiest spoon in the bunch. Sometimes, I’ll give her a fork, and then flip her off.

Breakfast will be such a s**t show that you’ll forget to eat, and begin to experience the caffeine shakes.

“Oh, also… Just in case you wanted to get ANYTHING done this weekend… good f**king luck. Quinn cries basically every [five] minutes, and you would think that Penny’s esophagus was on certain fire every [four-and-a-half] seconds.

She’ll need constant refills, which leads to more potty breaks. Sometimes, she can go by herself, and sometimes, she’s completely useless and will whine about everything.

Including, but not limited to, her underwears feeling funny. Have backup underwears.

Oh, and since you made me get rid of most every sippy cup, leaving me with [two]… she’ll lose those. Good f**king luck finding them.

Can you imagine what he felt when he read that?  No update on how his weekend ended up. But we can all agree that Meghan probably enjoyed her weekend away from the family! I just wonder when she had time to write such a detailed note 😉

Hope you had a great weekend Meghan. You sure deserved it!