Yasmina Rossi is an in demand model who has defied time and age by looking better than many women in their 30s. She started her acting and modeling career at 30 when most models are set to retire from the fashion industry. She looks amazing!

In her younger years, Yasmina chose to devote her life to raising her children. Only after her children were old enough to look after themselves did she decide to attempt to become a model. She’s become a grandmother twice during the early years of her career. 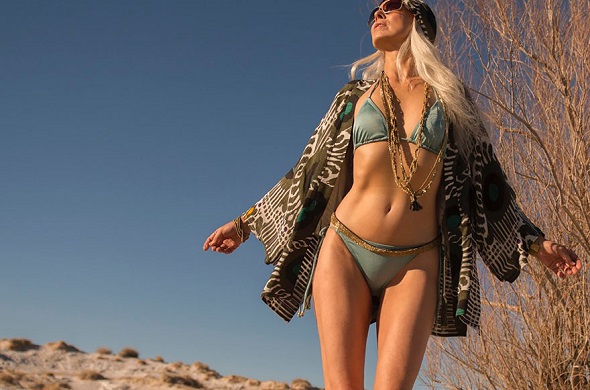 Yasmina was born in Corsica, France in 1955 but now lives in Malibu, California where she continues to flourish as a model for a number of famous brands such as Marks & Spencer, YSL, Macy’s, Hermes, and many others. She got her big break as a model at age 45 when she moved to New York. Aside from modeling, Yasmina also dabbles with photography as a hobby.

Looking fabulous as a 60 year old model, it is only natural for many people and journalists to ask her for her beauty secrets. According to Yasmina, she has been on an organic diet, way before it became a trend. Her diet mostly consists of organic fish and meat.

Yasmina also eats an avocado every day and applies rapeseed oil to her hair. She religiously uses a home-made body scrub made of olive oil and sugar each week. This 60 year old model still exercises moderately to keep her body in shape when most women her age would have long stopped going to the gym.

Still Glamorous And Classy At 60

I would like to applaud her for following her dream and not being held back by typical modelling stereotypes. She faced a lot of doubters in her early years but didn’t let them stop her. She embraces her silver hair and her age. Love this lady!

See more amazing photos of Yasmina Rossi on the next page…